Paris is often thought of, and truthfully so, as one of the most expensive cities to visit in Europe. The cafes, the restaurants, and the packed museums all understand their value and don’t come cheaply. You want to go there. So does everyone else, and Paris makes tourists pay for it.

With 37 bridges crossing it, and numerous beautiful parks and cafes that sit cozily alongside, the Seine River is worth a leisurely stroll. As the day grows longer, the color of the water changes and so does the mood of the Parisians and tourists who flock to its banks. The Seine has been the subject of masterful art throughout the past few hundred years, and an afternoon walk in the Spring or Autumn proves why. These include masterful works by Carl Fredrik Hill (Seine Landscape in Bois-Le-Roi), Henri Matisse (Bords de la Seine à Vétheuil), and Claude Monet (Morning on the Seine near Giverny).

The banks of the Seine, the Rive Gauche and Rive Droite, were added by UNESCO to its list of World Heritage Sites in Europe in 1991. 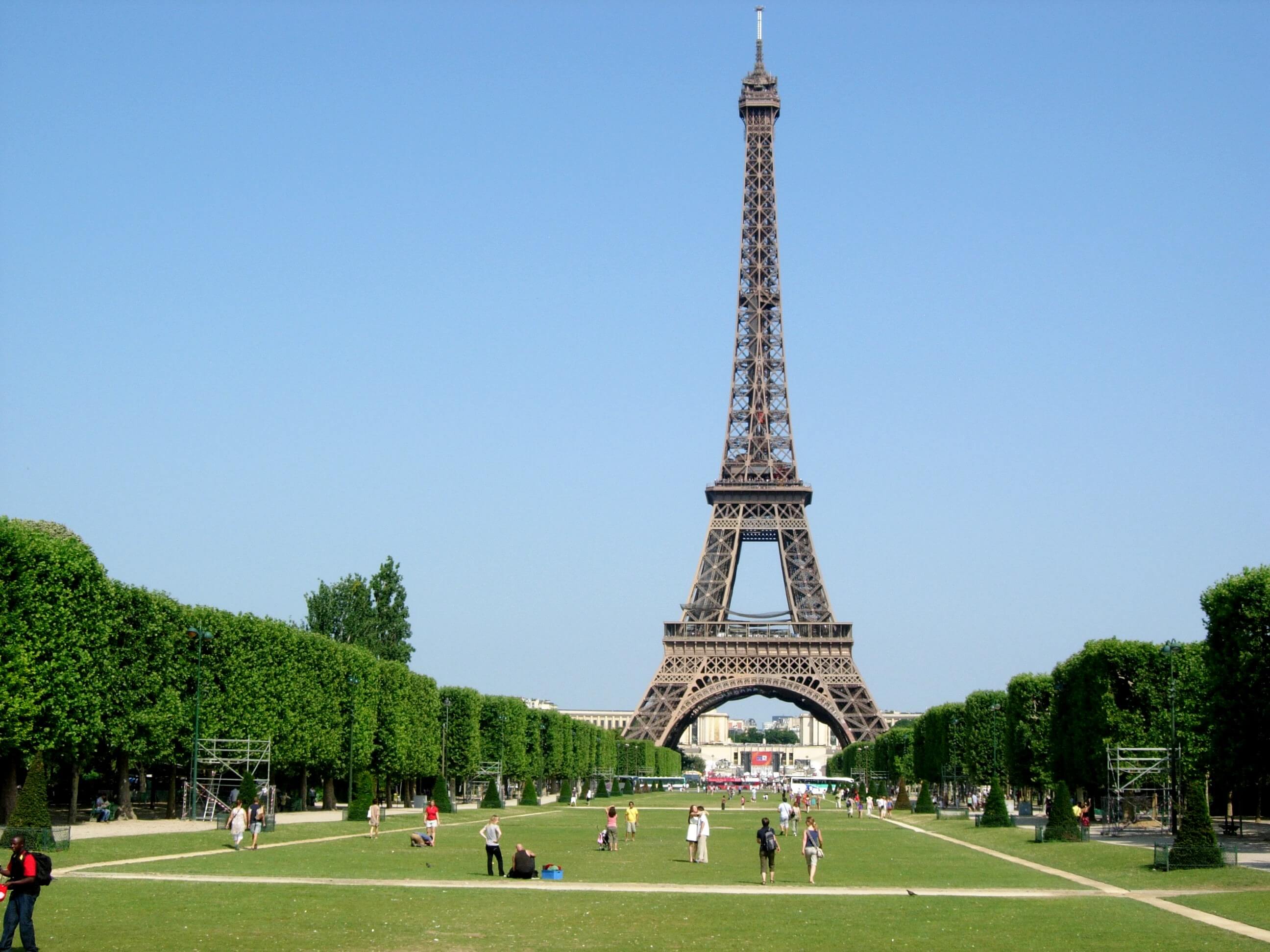 The massive public greenspace in the seventh arrondissement is ideally located at the bottom of the Eiffel Tower and provides some of the best views in Paris. More than 250-years-old, the Champs de Mars witnessed the spectacle of some of the best-remembered exhibitions and festivals of the French Revolution, and has served as a cultural landmark in the city since it’s construction completed in 1765.

Pack a lunch and refreshing drinks for a beautiful afternoon at Champs de Mars, but careful about alcohol beverages. Alcohol is prohibited in the area, and prone to confiscation by police, but can generally be had if one is discreet and responsible. 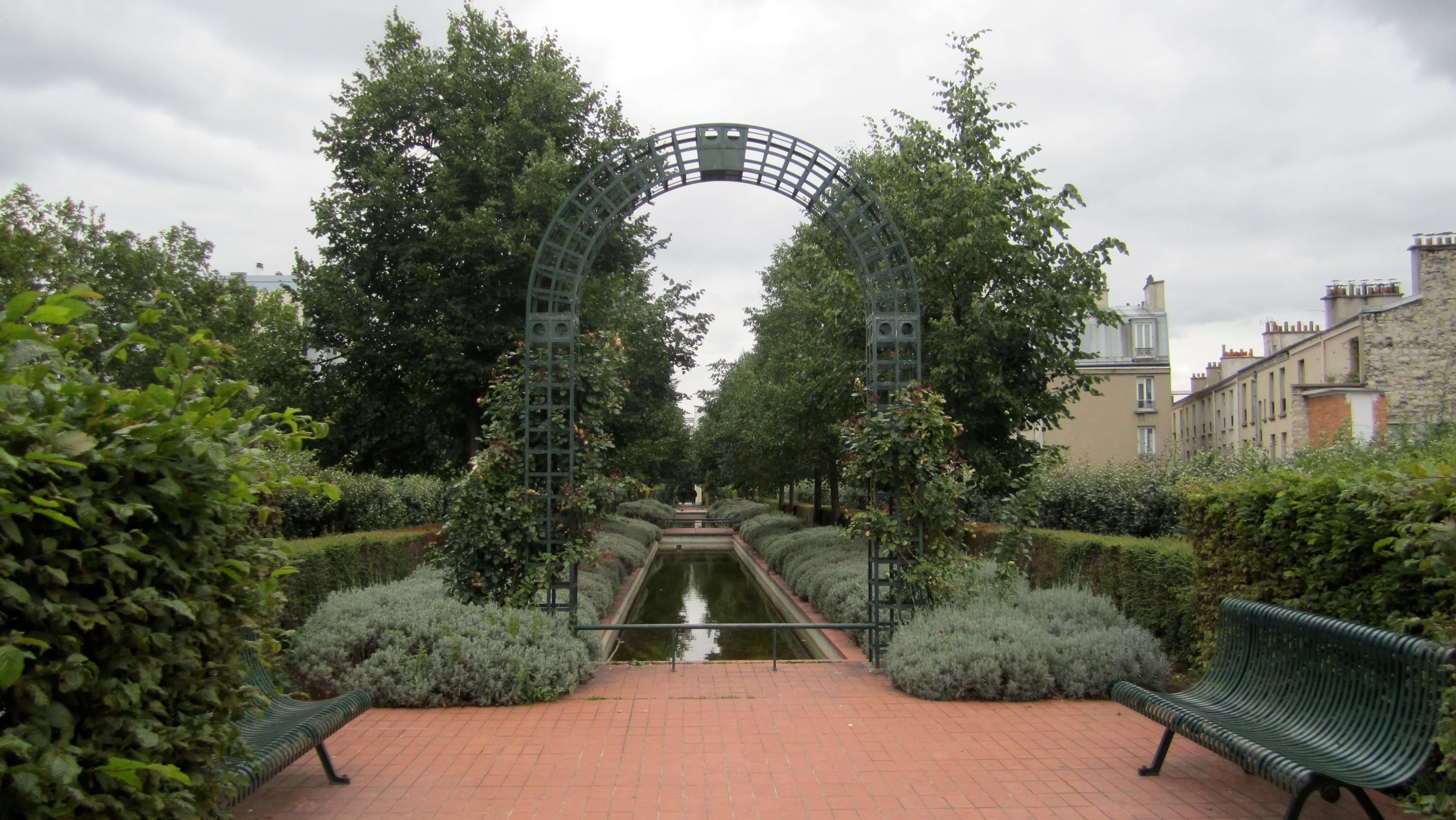 Promenade Plantee is a newer construct, an elevated park inaugurated in 1993. This walking pathway is actually a former railway line which was abandoned before being designed for renovation in the 1980s, and the three-mile walkway was the world’s only elevated park until New York’s High Line completed its first stage in 2009. It provides one of the most idyllic views of Paris’ 12th arrondissement, and was included in the American movie Before Sunset. 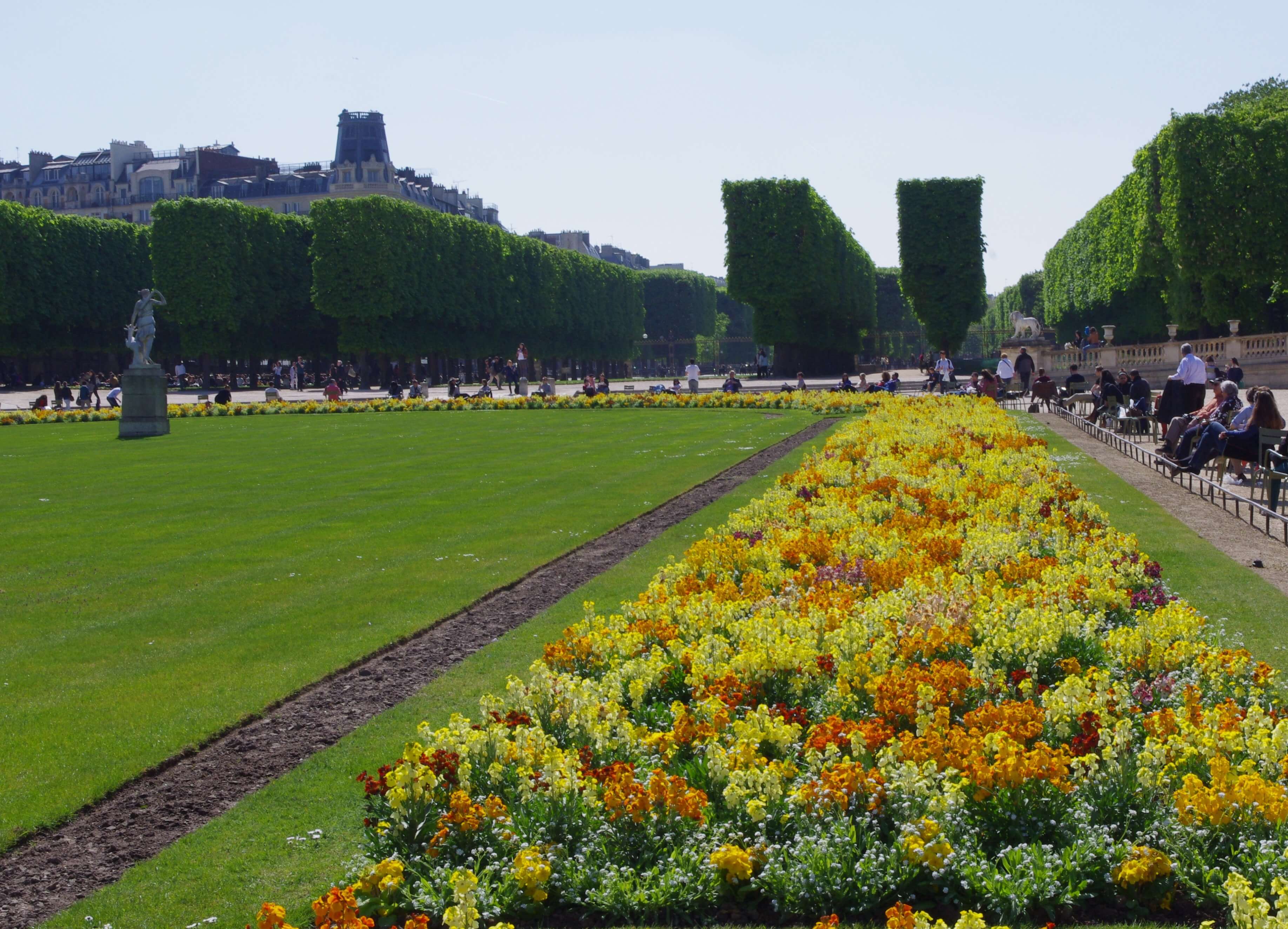 One of the most scenic views in all of Paris are the Luxembourg Gardens, built in 1620 in the 6th arrondissement. Spanning more than 56 acres, the Luxembourg Gardens are tree-lined walkways lined with peaceful flowers, plants, and a central pool that is flocked to by locals and tourists alike.

Ordered to be built by Marie de Medici, the widow of King Henry IV, the gardens should be attended early, especially on weekend and with one’s own chair, as space in more popular areas can fill up quickly. It’s the perfect way to escape the crowds, and reconnect with both nature and French history. 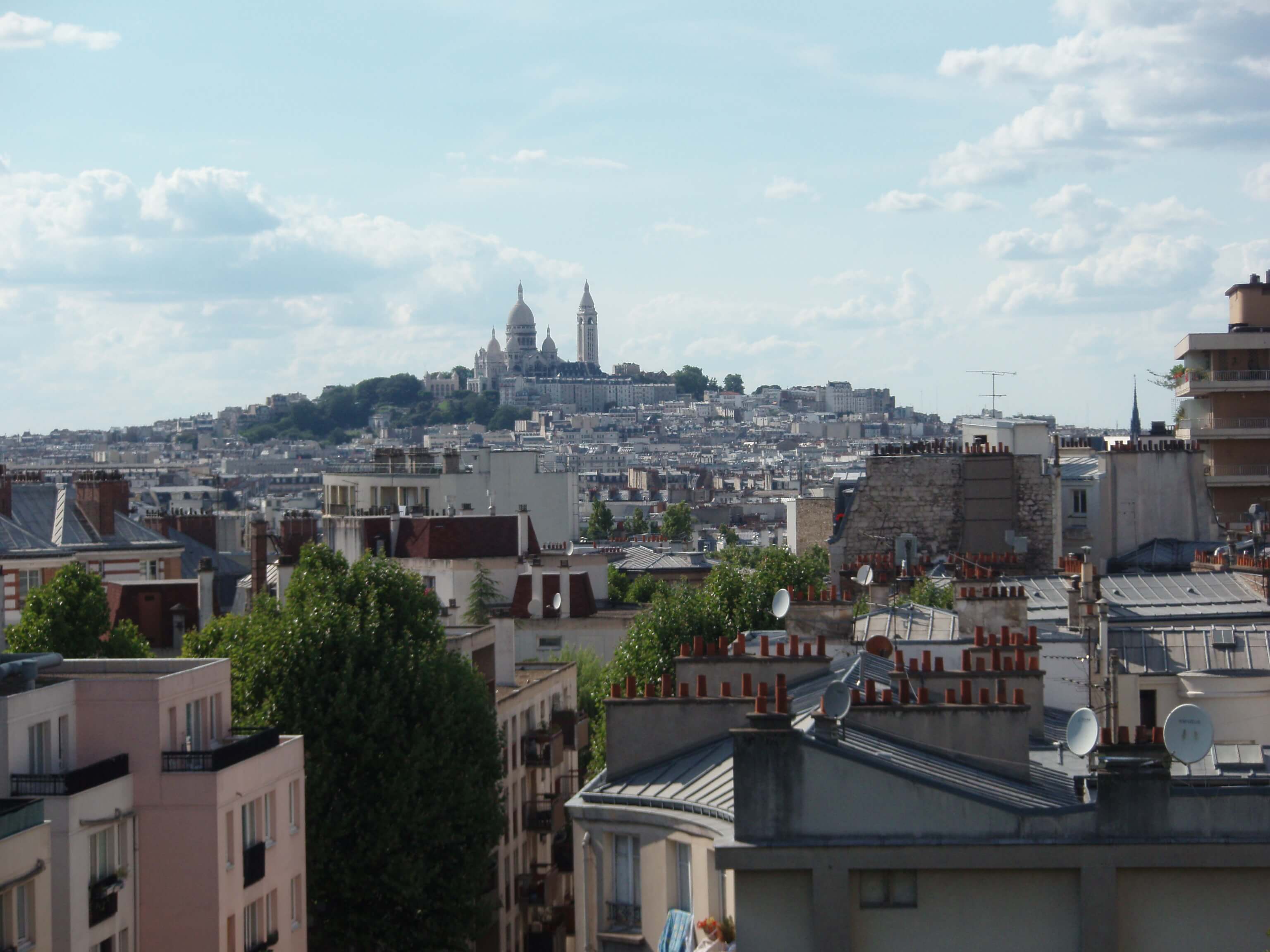 Montmartre is a hill that stands high above Paris’ 18th arrondissement, known for the Sacré Coeur Basilica, Place Marcel-Ayme, cimeitiere du Montmartre, the Moulin Rouge and Place du Tertre. At the turn of the 19th and 20th centuries, during the Belle Époque, many artists had studios or worked in or around Montmartre, including Amedeo Modigliani, Claude Monet, Pierre-Auguste Renoir, Henri de Toulouse-Lautrec, Suzanne Valadon, Piet Mondrian, Pablo Picasso, Camille Pissarro, and Vincent van Gogh.

Today it remains a beautiful gathering point for artists and neo-bohemians, who flock for not only the scenic views and history, but also the many beautiful museums. If you feel like spending a few euros while here, make sure to take in Espace Dali, a museum dedicated to display of many works by the late Salvador Dali. 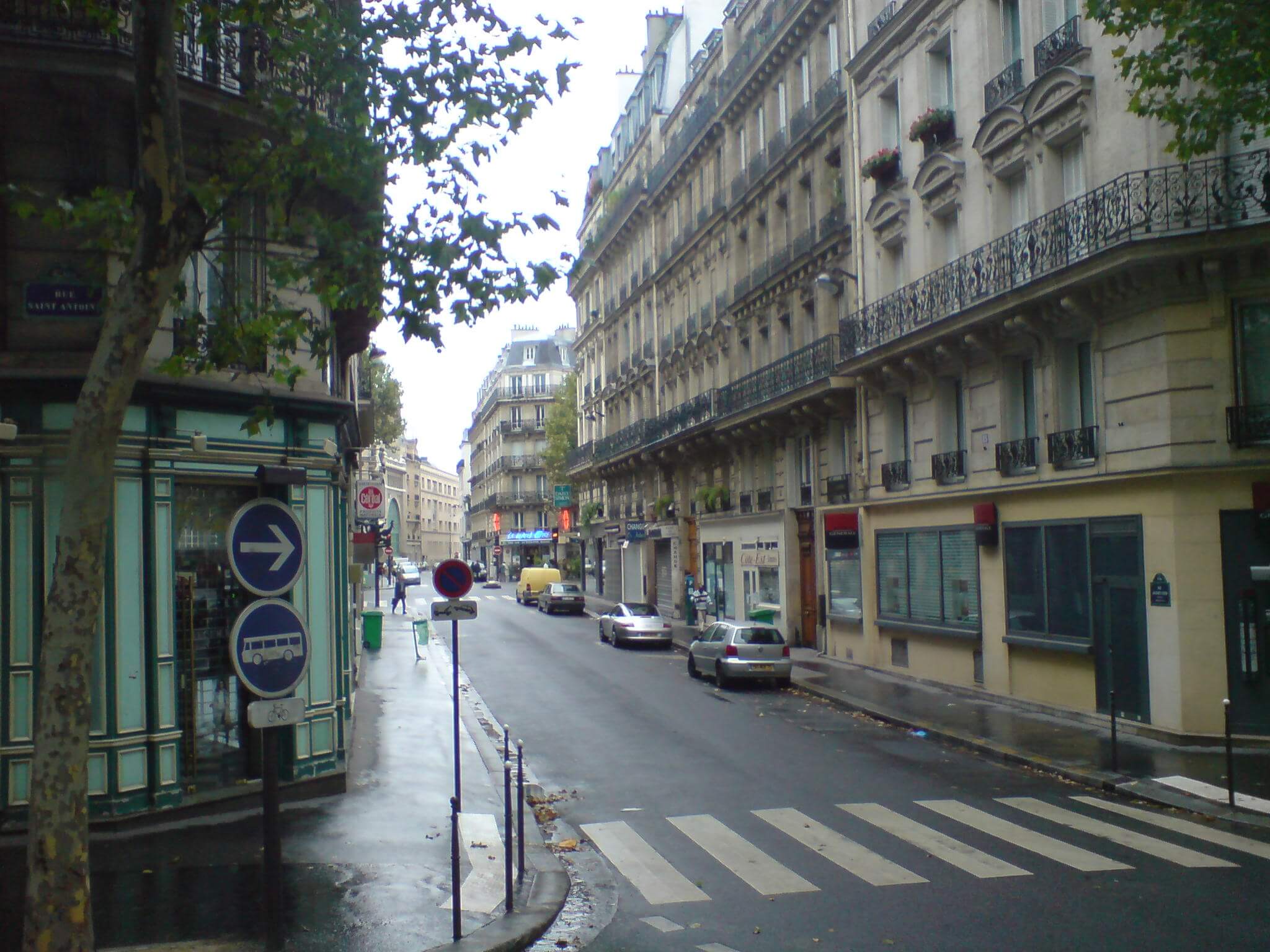 Le Marais, a historic district that spreads across parts of the 3rd and 4th arrondissements in Paris, dates back to 13th century Paris aristocracy. In 1240, the Order of the Temple built its fortified church just outside the walls of Paris, in what is now the northern part of the Marais. The Temple improved upon the district, which became known as the Temple Quarter, and many religious institutions were built nearby that are still visible today, such as the Church Notre-Dame-des Blancs-Manteaux and des Carmes-Billettes convents. In addition, it has served as the home for many famous people, including Victor Hugo, Jim Morrison, and Maximilien Robespierre, one of the most influential characters of the French Revolution.

Also known for its Jewish and LGBT communities, it still bears much of the original influence of its centuries of history and remains one of the areas of Paris which truly can take you “back in time”.

Most recently famous as a primary location in The Da Vinci Code, the best-selling novel by Dan Brown, Saint-Sulpice is one of the locations often overlooked on trips to Paris in favor of it’s more famous sister – le Notre Dame.

Located in the Odéon Quarter of the 6th arrondissement, Saint-Sulpice took more than 200 years to complete, and has a stunning interior. This includes the Dome of the Lady Chapel, Statue of Mary, and numerous cryptic, beautiful works of art, including Jacob Wrestling with the Angel and Heliodorus Driven from the Temple.

Make sure to pay attention to the Great Organ, which was constructed in 1862 by Aristide Cavaillé-Coll, and has been host to some of the world’s most talented organists including Marcel Dupre. 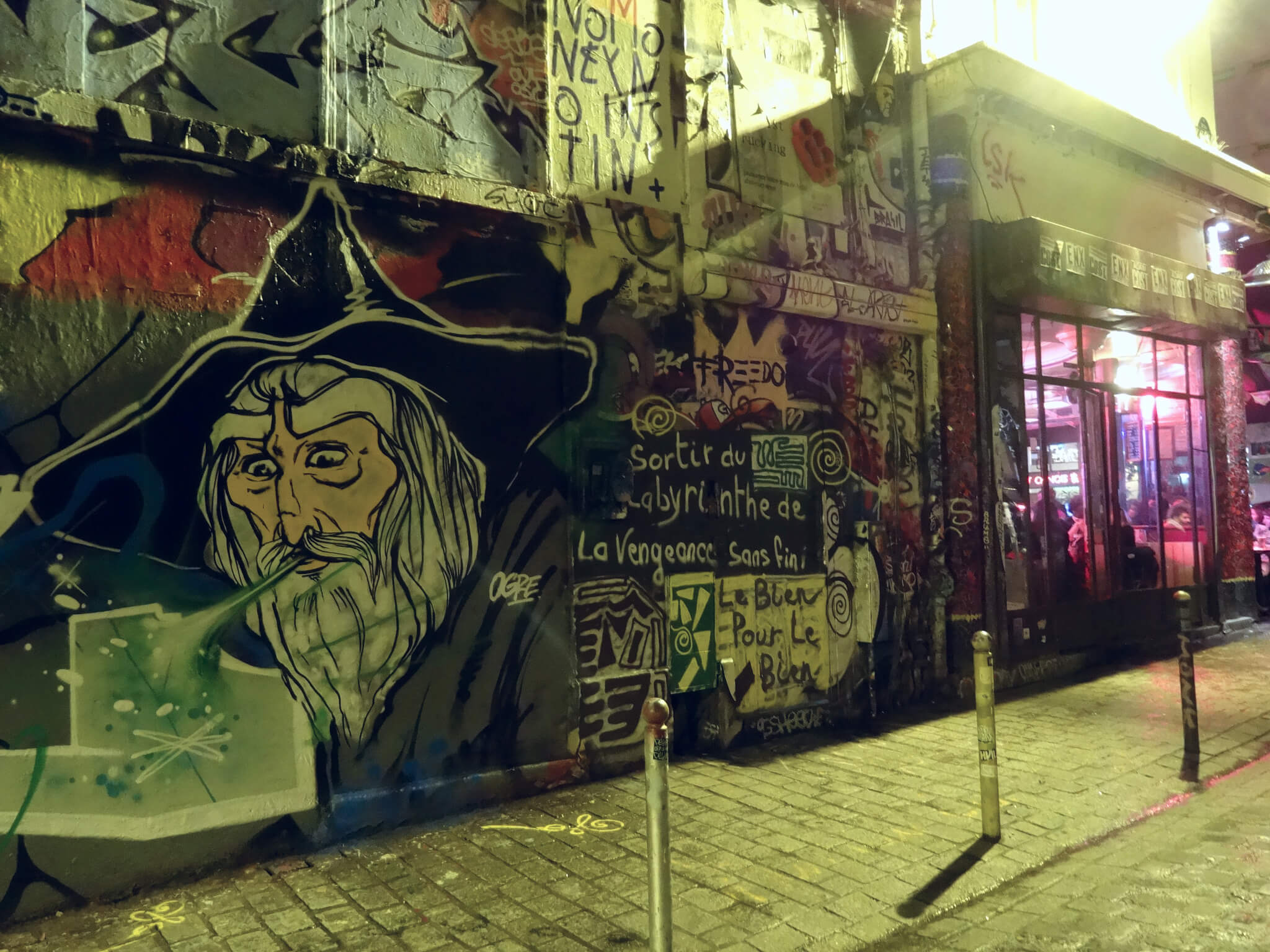 Rue Denoyez is the most famous location in the sweeping Belleville neighborhood in Paris’ 20th arrondissement, an art lover’s dream that offers some of the most wonderful, panoramic views of Paris. The area is many things, among them a graffiti paradise, with some of the most striking work of any major city that features street art.

While here, make sure to stop at the legendary Cafe aux Folies before steeping up higher upon the hill to Parc de Belleville. This was an area frequented by Doors singer Jim Morrison during his time here in 1971, and located near the famous Cimetière du Père-Lachaise – the final resting place for Morrison, Hugo, Oscar Wilde, Frederic Chopin, and Marcel Proust, among other luminaries of art, literature, and music. 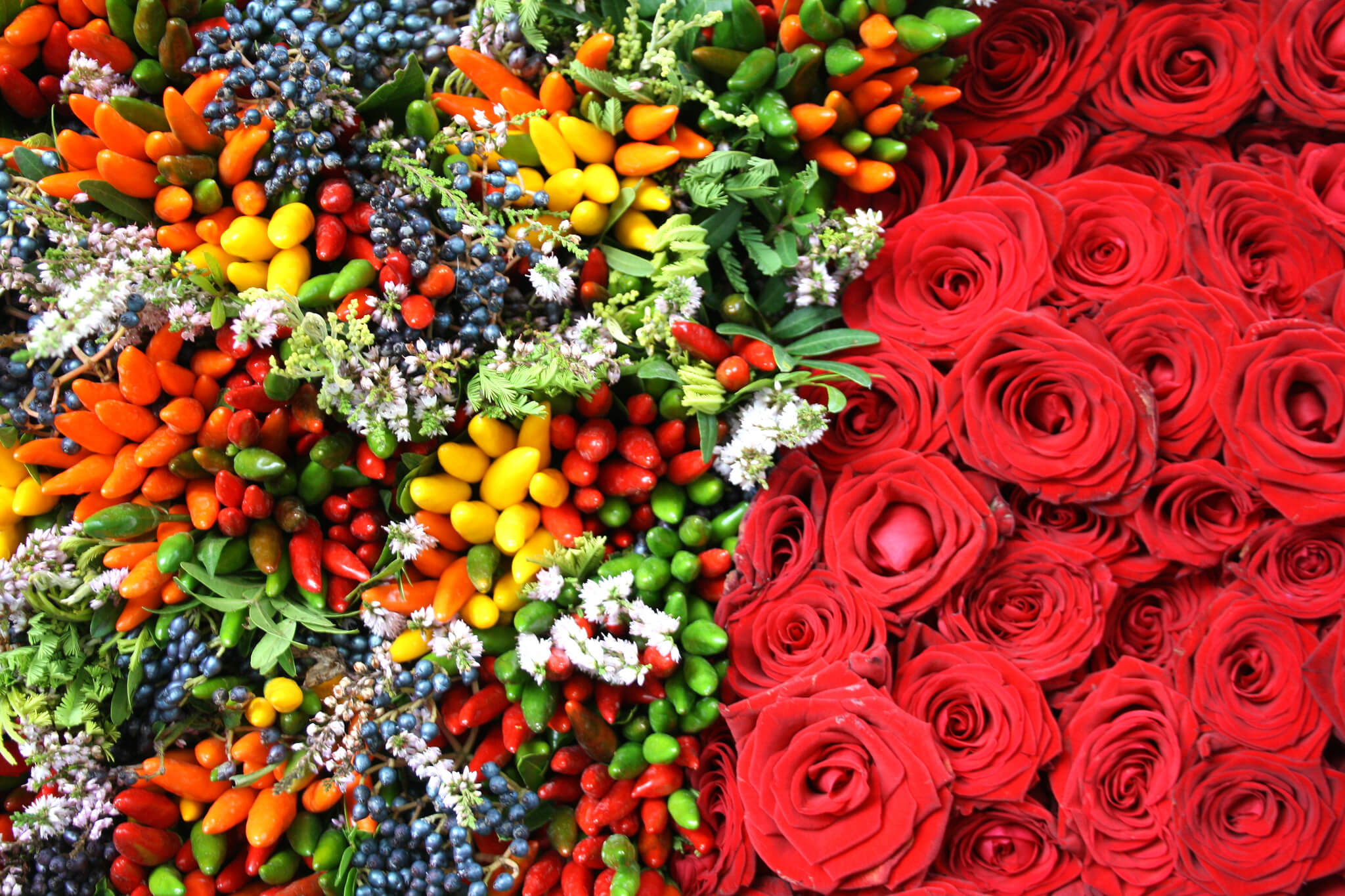 The Marche d’Aligre, located in the 12th arrondissement, is a vibrant neighborhood market, which is open six days a week and offers some of the freshest produce and kindest vendors of any market in Paris. It is a place where Paris simplifies, and one we recommend for anyone looking to stock their fridge with something other than the rich butters, creams, and cheeses for which Paris is known. 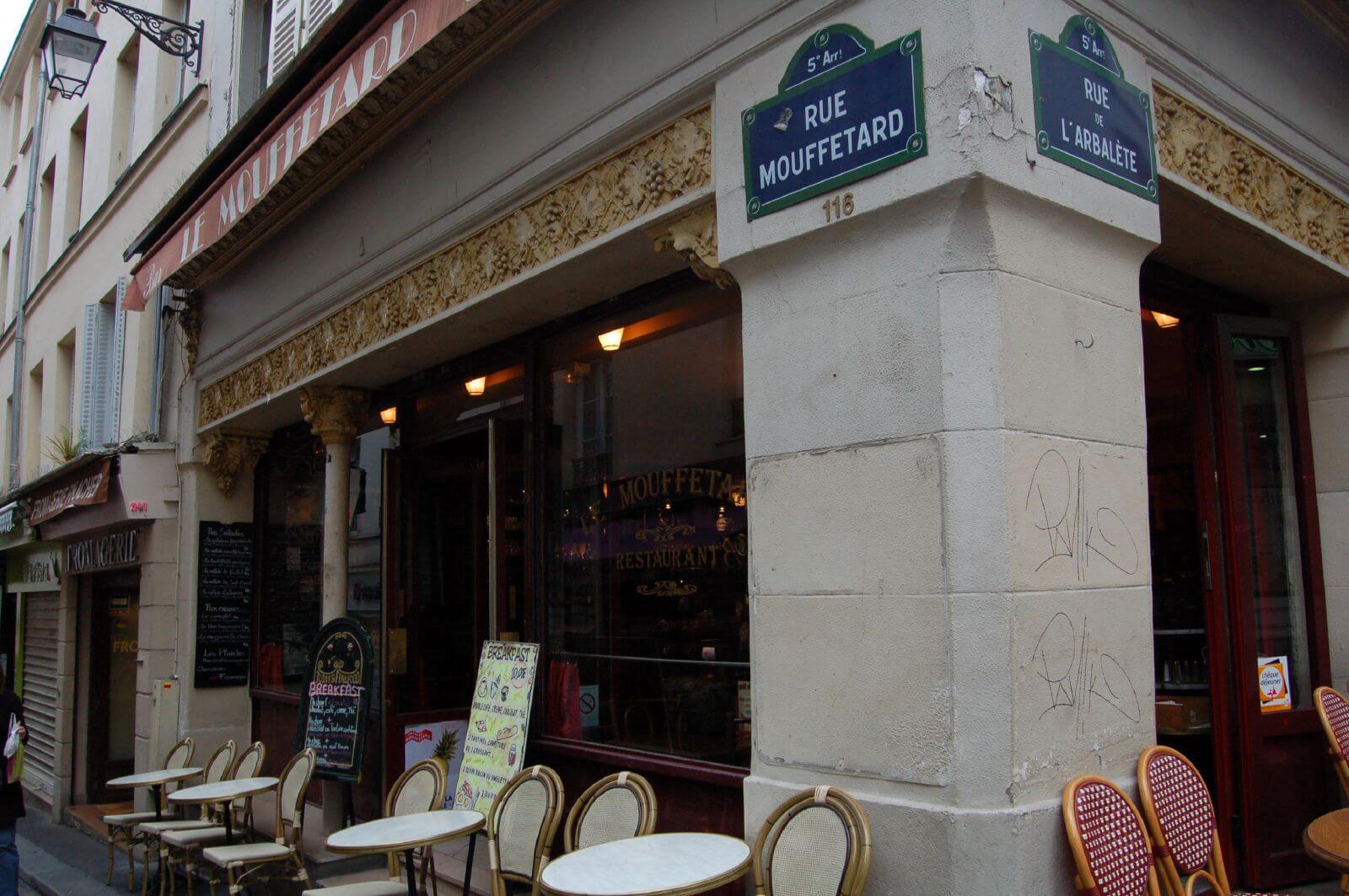 This cobblestone street is ideal for the true foodie, and those trying to get a Parisian culinary experience without spending hundreds in an expensive restaurant.

The street is packed with artisan bakers, gourmet sweet shops, and fromageries, and is best visited on Saturday when it essentially expands into a vast block-party of food. The area is blocked-off, creating a massive marketplace with the hum of vendors and music that isn’t replicated anywhere else in the world.

Paris is indeed one of the most expensive cities in the world, but like anywhere else it can be enjoyed for far less than imagined! This list will help you get started, and save you extra cash for all of that French wine!