It says a lot when you’ve visited the same museum in a foreign country more than once, and every time we visit London, the Natural History Museum is on our list.

The Natural History Museum in London was fully completed and opened in 1881, but has a history that goes further back into the roots of not only English history, but world history. The beginning of the original collection was in the possession of Sir Hans Sloane, an Irish physician who was residing in London. Of his collection, he allowed plants, animals, and various specimen to be purchased below expected value using a lottery system.

Much of this original collection disappeared by the 19th century, and the collection slowly grew over the next 100 years to include a diverse selection of specimens – from fossils and bugs to plant samples, animals, and more.

Today, the Natural History Museum is a sprawling complex in London, and one of the most notable, “must-see” attractions in the city.

The museum is located in West London, in South Kensington, and only a short walk from Hyde Park. This posh area of the city is rich with museums and history, and is most easily accessed using the Circle, Piccadilly, and District lines of the London Underground – where you’ll disembark at the South Kensington Station.

Tip: Be sure to arrive a half-hour early if you want to be the first in line at the Natural History Museum – otherwise your wait will be nearly an hour getting inside. 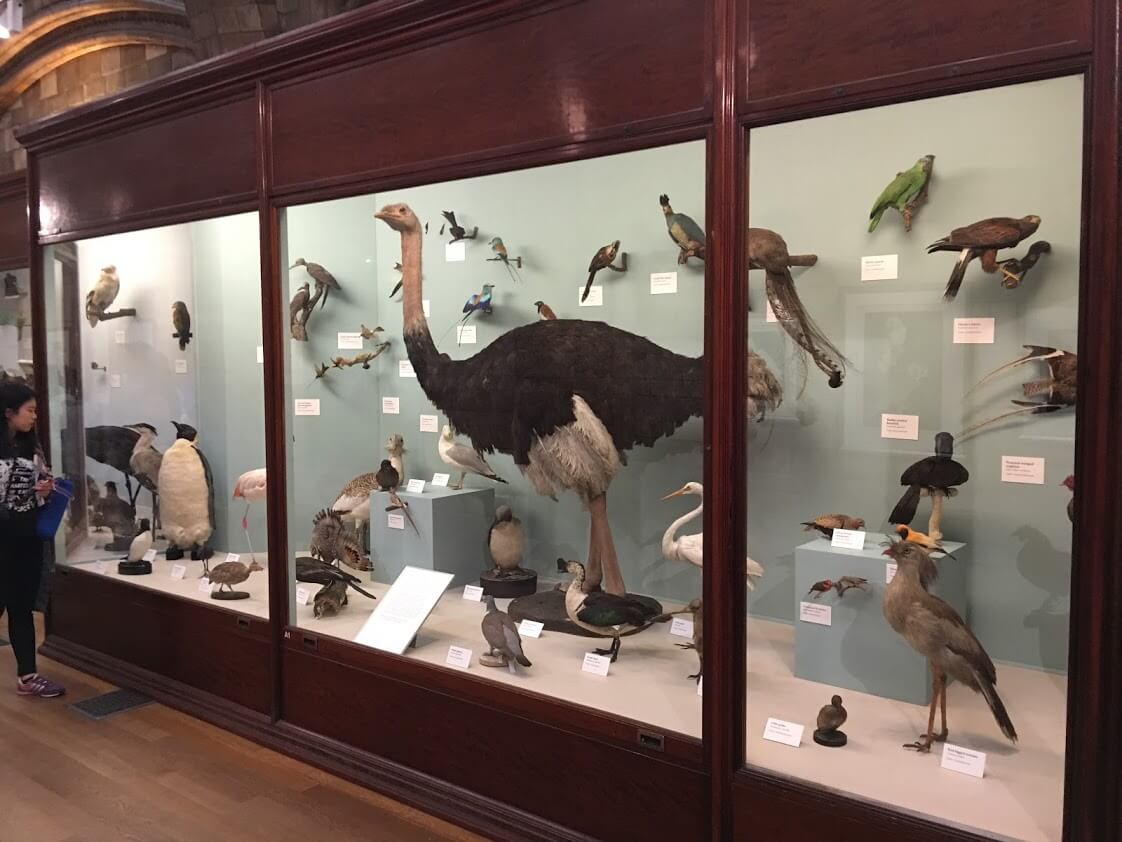 If you’re a lover of all things paleolithic, this is the ultimate museum for you. The Natural History Museum has one of the world’s largest public displays of dinosaur bones and remains, including a broad scope of full-bodied specimens that include the largest of species from pre-historic eras. It’s at once breath-taking, and educational. 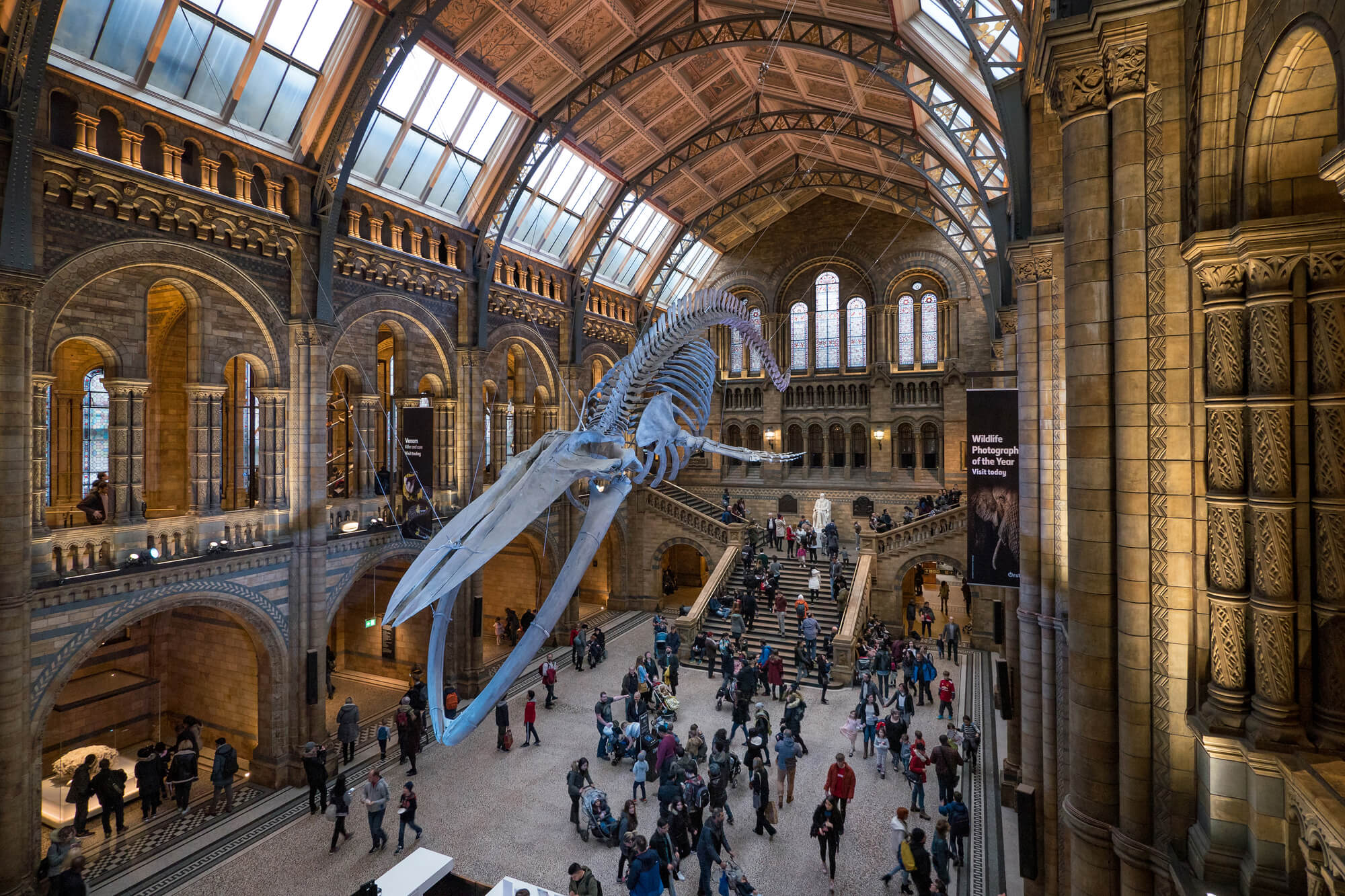 LONDON, UK – CIRCA JANUARY, 2018: Interior view of Natural History Museum with the new whale skeleton. The museum collections comprise almost 70 million specimens from all parts of the world. 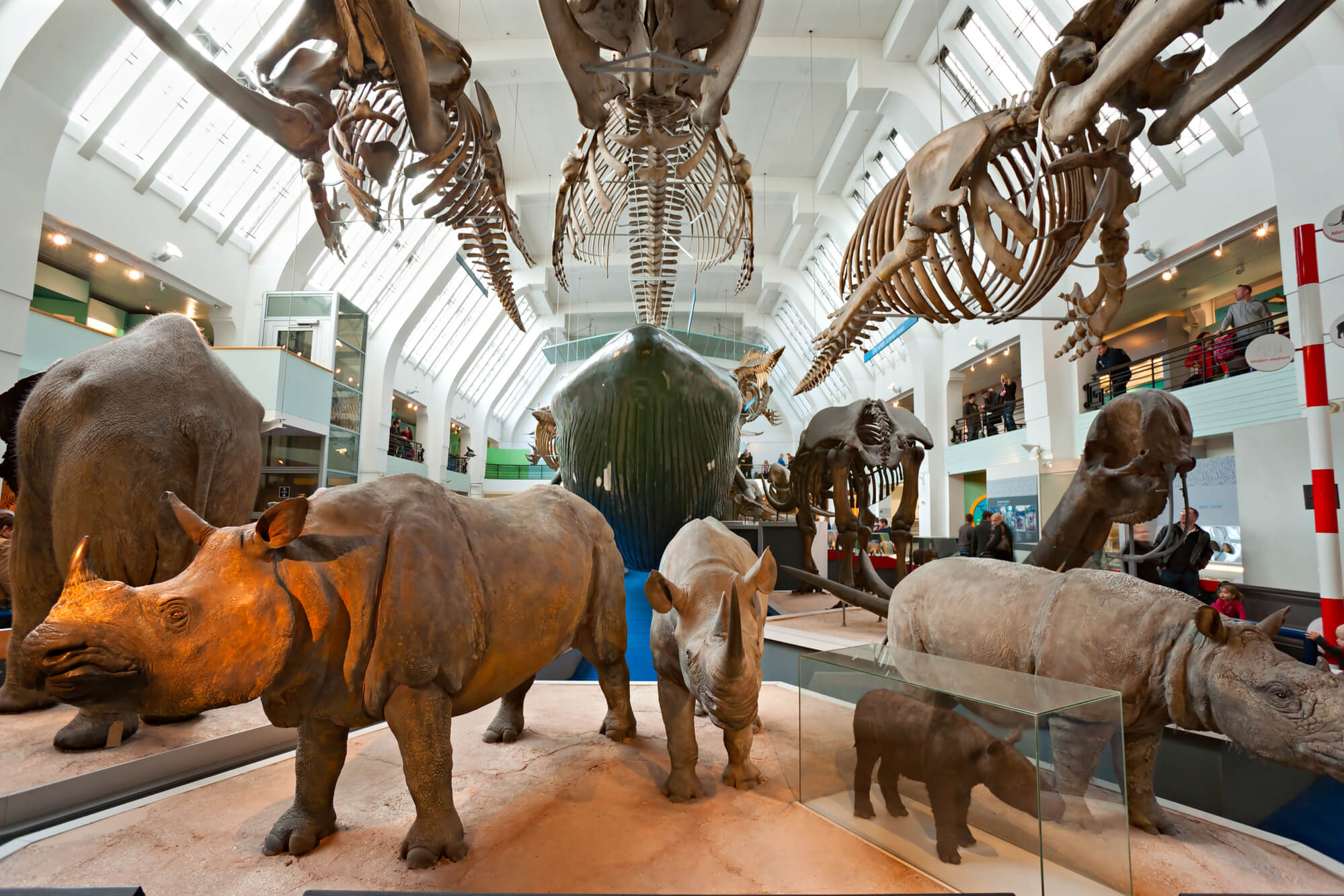 Also, don’t forget to visit some of our favorite installations, including a large dedication to the flora and fauna of Great Britain which details the natural history of the plants and animals of the United Kingdom and surrounding areas. You can also view special areas dedicated to the study of human evolution, evidenced by thousands of years of archaeological evidence. 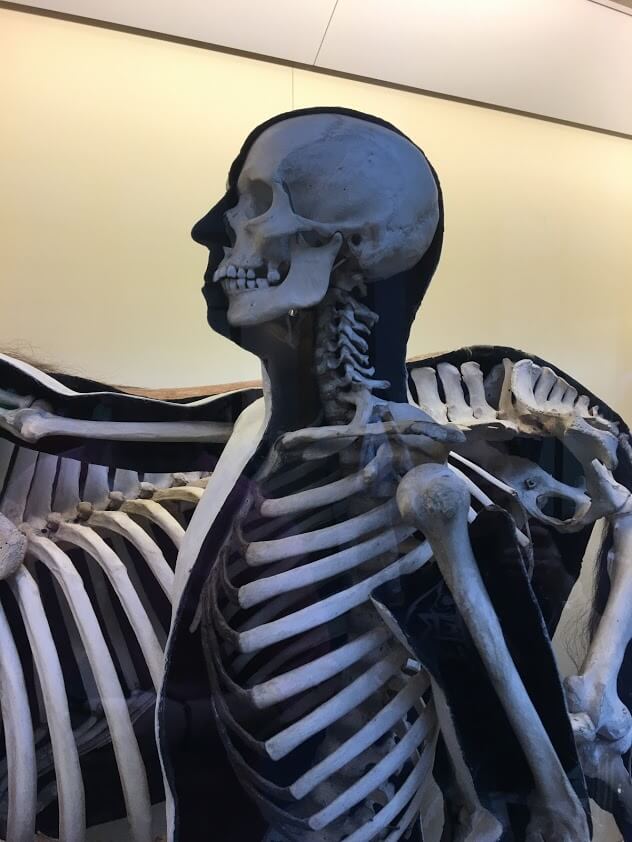 As you work your way through the museum, take special note of of the organization of “zones” which separate the themes of different installations. For example, the Orange Zone is where you’ll find the Darwin Centre – a display of flora from various parts of the world and an up-close investigatory area of various plan species that’s named after Charles Darwin. 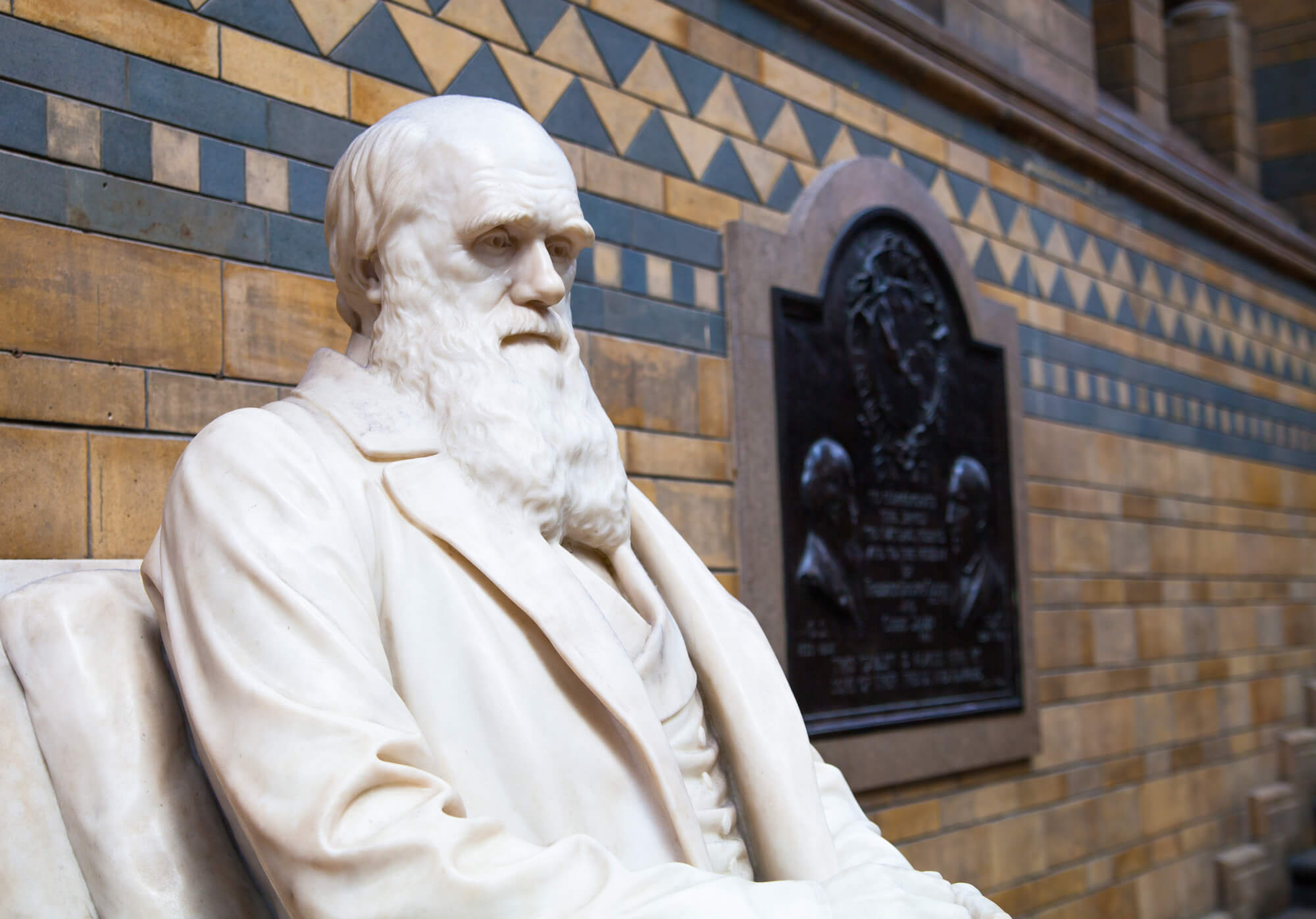 The “Green Zone features installations on minerals, birds, reptiles, and other insects, while the Red Zone focuses on the heat and natural movements of the Earth and the Blue Zone focuses on those that inhabit the earth – humans, animals, ocean-dwelling specials, and similar mammalian creatures. 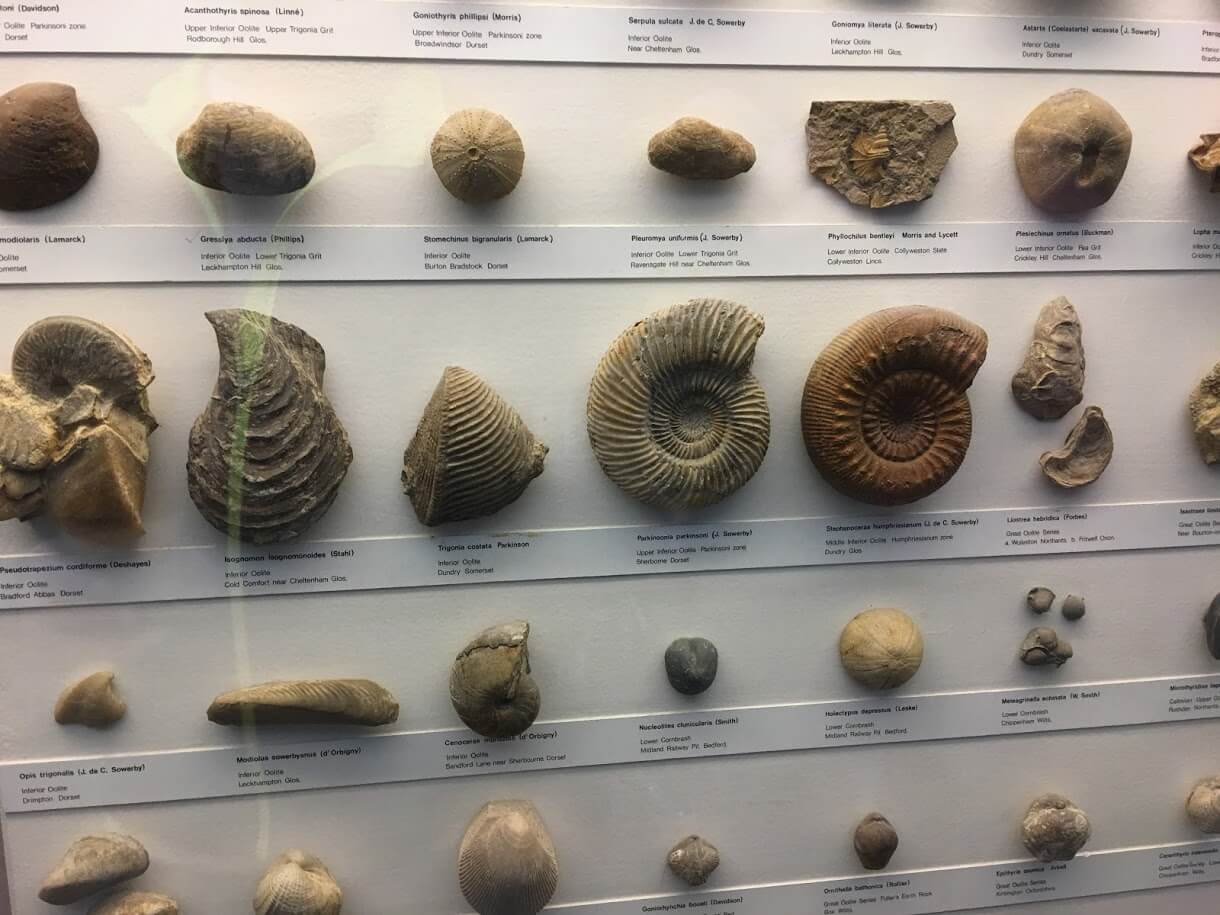 If you’re traveling to London, whether doing so solo or bringing along the family, the Natural History Museum is one of the absolute muse-see locations, and a part of English history itself, you want to make sure to include in your itinerary.