Every now and then while traveling, there comes a week when everything magically falls into place, with one remarkable experience after another. Some moments might have been planned, others spontaneous and several completely unexpected, but together, the result is almost hard to believe, in the best way possible.

That was my past week, while on a spectacular Las Vegas Grand Canyon road trip.

It all began with…

Despite the 118F (48C) temperatures, we roamed up and down The Strip each day, wandered in and out of the hotels and casinos and spent some time in the Arts District and at the Fremont Street Experience. We went to the wacky and trippy Meow Wolf Omega Mart art installation as well and paid a visit to Gorilla Sushi where we partook in their awesome all-you-can-eat sushi deal.

And we stayed at the renovated Flamingo Hotel & Casino, right in the center of the strip. The rooms were large, very comfortable and the location was perfect. During the week it was only $40 per night.

We also ended up in a helicopter thanks to Georgiana. One afternoon she had the random idea to take a sunset helicopter ride over the Red Rock Canyon National Conservation Area and over The Strip. I think it went from being an idea to us being in a helicopter flying over Vegas in about 4 hours. And it was absolutely one of the best decisions we made as the views are brilliant to say the least! (We went with 5 Star Helicopter Tours. They were great and they offer cheap deals through Groupon.) 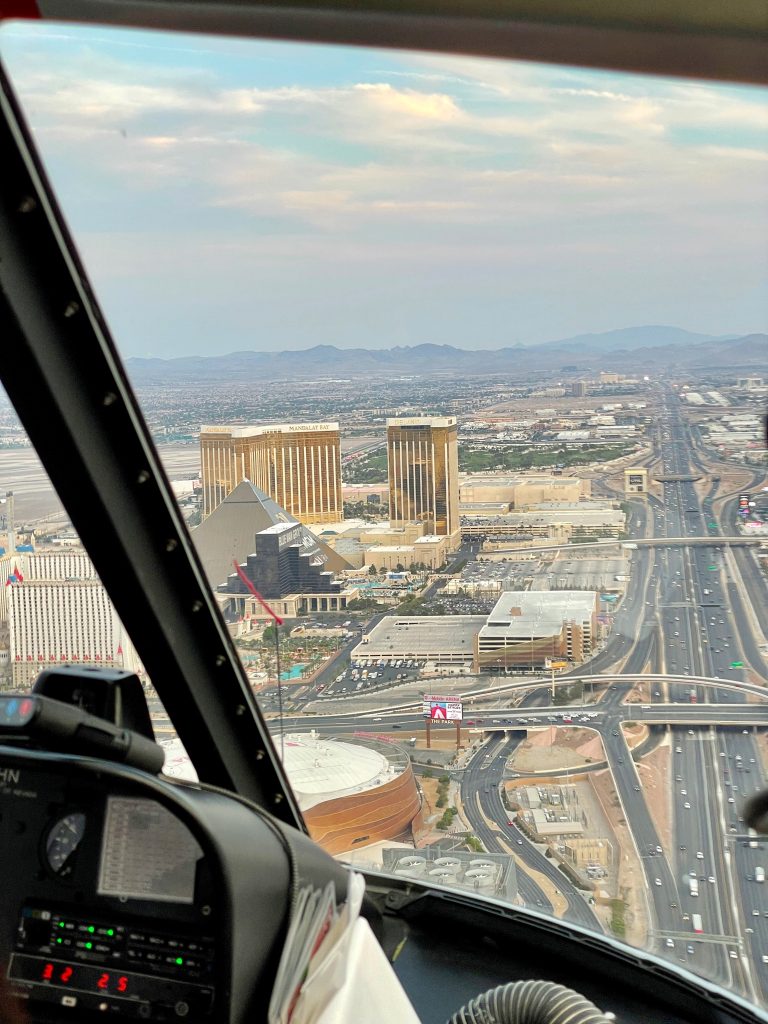 Next up on the Las Vegas Grand Canyon road trip….

We rented a car, and left Vegas. First stop – the massive Hoover Dam. It was pretty interesting to walk across it but the heat was brutal and we didn’t stay long. A couple of hours later we took a fika break in the town of Kingman, Arizona. By sheer luck, we stumbled upon the absolute cutest little bakery (Cupcakes by Jan) run by the absolute cutest and most welcoming elderly woman, who happens to also bake some outstanding cupcakes. This was an excellent find.

Then we continued driving, eventually arriving at the wonderful Grand Hotel in the town of Tusayan, near the entrance to the one and only Grand Canyon National Park. The very next morning, off we went into the park…and I’m not sure what to say about it apart from ‘go there if you haven’t been!‘. The Grand Canyon is mesmerizingly beautiful to the point of absurdity.

We spent that night in the very pleasant little town of Williams, Arizona (there’s a wide range of accommodation here), located on famous Route 66. Here we walked along the main street, checking out the historic shops, saloons and eateries, many of which seem to be left unchanged from a hundred years ago. 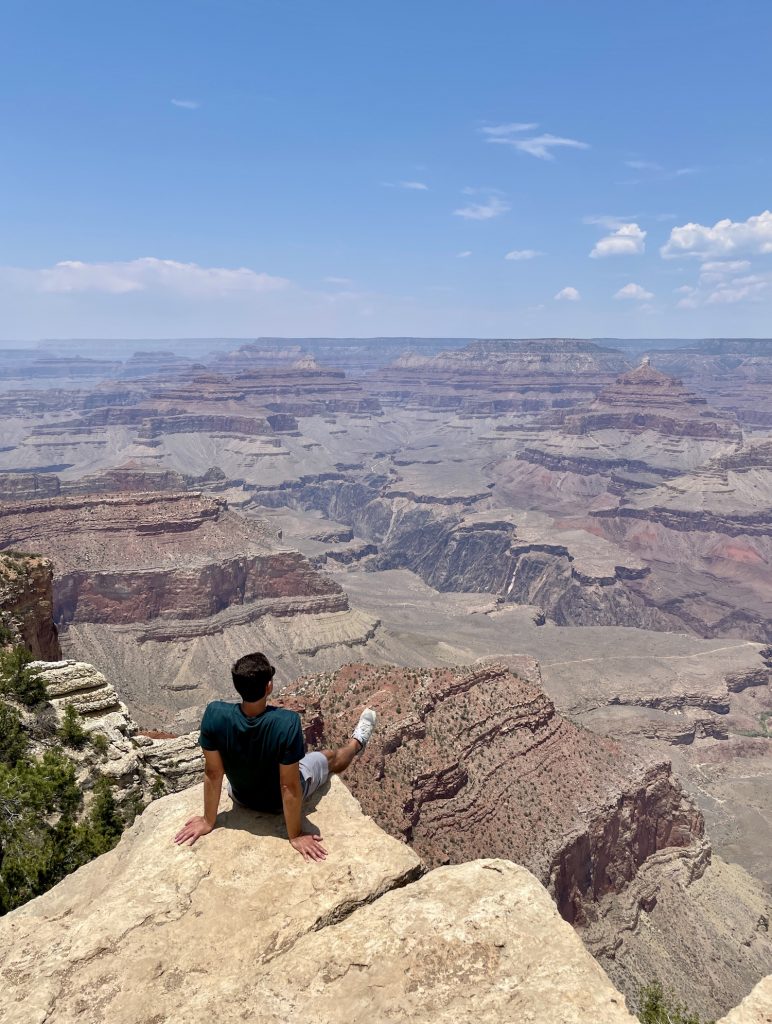 After a solid sleep…

This day was surreal as well and not an original part of our Las Vegas Grand Canyon road trip. As we were driving through Bullhead City on our way back to Las Vegas, we suddenly decided to go full force and continue on to Death Valley National Park. So, from Arizona to Nevada to California we went, and despite the driving time, we managed to arrive in the early afternoon.

The temperature did reach a ridiculous 130F (55C) though, so it was somewhat impossible to be outside the car for more than a few minutes at a time. But it also seemed to keep people away as we only encountered a handful of others during our entire time in the park, making the experience even more special. 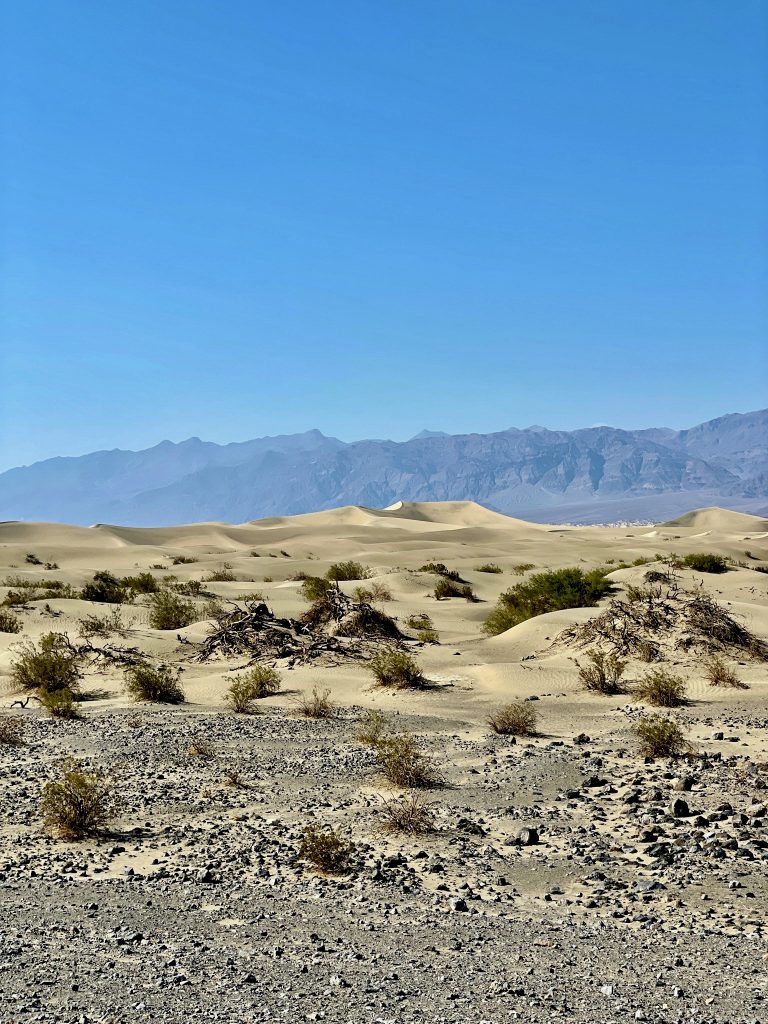 So yes, this park is AMAZING. I had been to part of this park before but I honestly forgot that the landscapes were so damn otherworldly and mind-blowing. Again, AMAZING!

Finally, late that night, we pulled back into Las Vegas, promptly passed out in our hotel room and woke up the next day ready to fly back to Florida. And back in Florida is where I am now after that crazy, insanely memorable, ‘this is why I travel’, too-good-to-be-true kind of travel week!